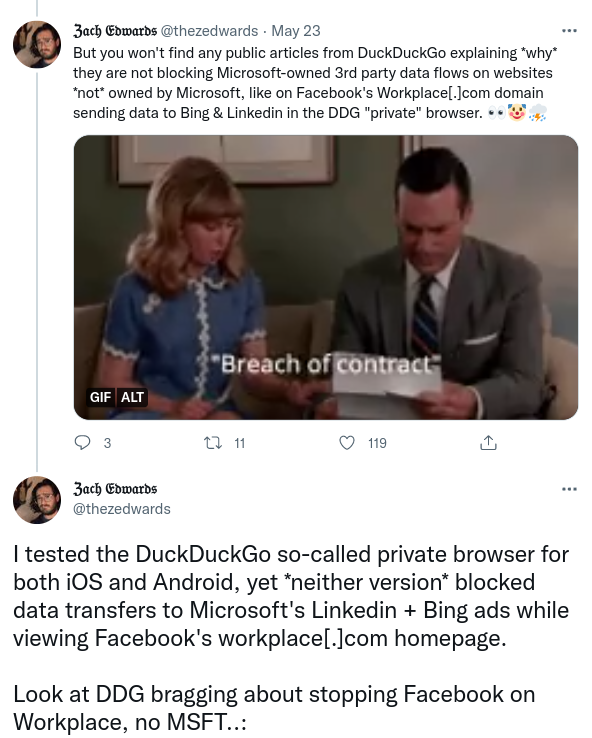 However, the backlash from the discovery is even more revealing. If so many people object to it, what does that say about using the Windows operating system, to begin with? Even more importantly, is there an alternative to proprietary operating systems like macOS and Windows?

Have you ever used Twitter or YouTube and wondered how little transparency these platforms have? Shadowbanning, arbitrary demonetization, shadow comment banning, arbitrary content filtration that is unmoored from user feedback…these are all inevitable side effects of centralized corporate platforms. 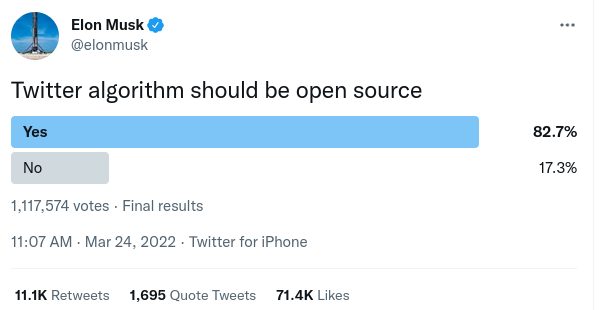 The world’s richest man, Elon Musk, is aware of this problem, alongside the majority of users on Twitter.

This is the case with Microsoft’s Windows and Apple’s macOS. People use these under the assumption they act in good faith, which is increasingly hard to do after Apple’s photo-scanning feature. It may have been aborted, but the very introduction of it speaks volumes on corporate mentality.

In this light, it is more likely that people perceive these companies as a balance between convenience and their limit to cause damage. This approach is akin to buying a car, but without the ability to open the hood and inspect it.

With a little self-initiative, a viable alternative to both Windows and macOS comes in the form of Linux.

Just like OpenOffice offers the same functionality as MS Office — but free and open-source — so does Linux on an operating system level. Because Linux is an open-source OS, users have access to its source code. This has a couple of key advantages:

However, the second point is also a stumbling block. Most people don’t like to have so much freedom. Instead, they prefer to receive a ready-to-go solution that is easy to use. Fortunately, there is a fix for this choice paralysis — Linux Mint (available with our Privacy Laptops).

Linux Mint is a compilation of customizations to produce the most streamlined Linux version, which is typically called distribution. Not only is Linux Mint easy to use, just like Windows or macOS, but it is bundled with an assortment of apps for every occasion — from multimedia to professional work.

Even better, because open-source tends to be more effective at using up hardware resources, Linux Mint has very low system requirements.

According to TrueList, 47% of professional developers use one of Linux distributions. Likewise, Linux powers 39.2% of websites. Even more impressively, the world’s top 500 supercomputers run on Linux, alongside 96.3% of the top one million web servers.

Did you know that even Elon Musk’s SpaceX used Linux-based systems to execute 65 missions?

With that said, Linux only has a 2.09% market share among the desktop OS space. This may be a result of the Veblen effect, which happens when consumers value goods that cost more vs. those goods that are either cheap or free. Whatever the case may be, here are some key Linux benefits compared to Windows/macOS.

One of the main reasons Linux is so prevalent in the professional work environment is its security features. Although no software is perfect, Linux has a couple of key advantages over Windows:

Package management — installing, removing, upgrading, or configuring software packages within an operating system. This is an improvement over compiling from source code because it makes the process simpler and more configurable.

For instance, one can isolate the software package updates from regular system updates. Likewise, packages can have attached dependencies, making it easier to clean up and track errors. Have you ever installed mods for a game like Skyrim, only for the game to stop working?

Mod managers, such as Minecraft’s, clean up that mess by pointing to inter-mod dependencies. Linux packet managers have the same purpose, except more powerful and wider in scope. For security-minded users, this is extremely important as every process can be tracked down.

This also translates to how apps are used. To illustrate, with Linux, there is no need to buy extra anti-virus software, as it inherently has tools to deal with potential threats.

Despite not having much traction among regular users, Linux enjoys total programming support. All the major programming languages are in Linux’s fold: C#, C++, Java, Python, Ruby, Perl, and others. Furthermore, programmers often point out that Linux is much easier to use because its package manager is an expedient way to deliver software.

And what is expedient for developers ends up being beneficial for the end-user, if they overcome the “alternative OS” stigma. Even more so, have you noticed massive Windows upgrades that even cause your online games to lag at the worst moments possible?

Linux distributions offer faster and tinier updates that don’t introduce more bugs. Why? Because more people are involved in Linux development than a tightly controlled and hierarchical organization like Microsoft/Apple.

It is now well-documented that both Microsoft and Apple have a constant data feed from their users, as they are running their computers. Although they say this data is anonymized, it would be foolish to take them at their word.

One of the clues that would question their word you may have already noticed. Over time, with each new Windows version, Microsoft has introduced more aggressive tracking features, all of which are enabled by default. And even if the visible ones are disabled, there are massive caveats involved:

Suffice to say, a “good faith belief” can be stretched to high heaven in no time. This stipulation alone should raise eyebrows on where Windows is heading. In stark contrast, the non-profit Linux Foundation lacks that corporate drive to impose more aggressive tracking and privacy infringements.

Considering that professionals tend to use Linux as a more reliable and secure OS, it doesn’t take much to convince them. However, what about regular users who just need a proper gaming computer in addition to work?

The good news is that Linux gaming is completely viable. In fact, the world’s largest gaming distribution platform, Steam, launched Linux support all the way back in 2013. Since then, the portfolio of Linux-supported games has continued to expand, currently offering over 2,000 titles.

In conclusion, what is not to like about an OS that is free, enjoys wide support, and is competent? While Microsoft and Apple have a distinct brand awareness advantage, that brand also carries heavy surveillance and bug baggage.

If you don’t like to be kept on the edge of the next intrusive feature, perhaps it’s time to test an alternative beforehand. After all, it costs nothing but time.

More importantly, Linux Mint evades the cloud push. From Adobe and Maya to Windows/macOS, they use always-online cloud services to hook users in. While they may be convenient on occasion, this is a gateway to data-collection and privacy intrusion.

In other words, corporations create a chain to your computer which they can yank at any time, for whatever reason. With Linux, you make your own rules.